47 years of volunteering and counting 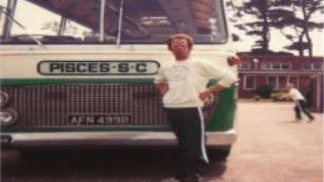 Harry was given the opportunity to swim when he joined the RAF in 1954 - which is when his passion and love for swimming began.

He went on to swim at the highest levels, which led him to train other service men from the Army, Navy, Airforce and even the SAS.

When Harry left the RAF, he continued swimming at the local Wimbledon Swimming Club and eventually achieved his coaching qualification and decided to start his own club. That’s when Merton Pisces Swimming Club was born.

James, a parent of a former club member said: “Harry has always run his club on an entirely voluntary basis, giving all his teaching time, doing the administration and coach driving for free. Even after over 40 years, Harry is as passionate now as he always has been about running the club and keeping to its founding principles of equality and affordability.”